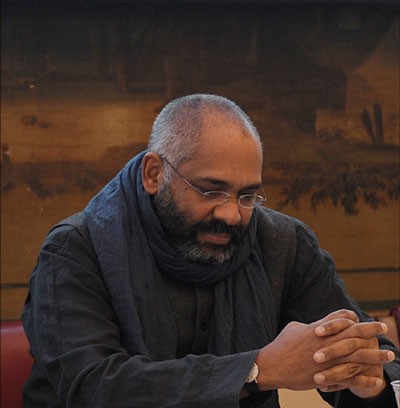 Chair of the Department of Anthropology

David Scott is the Ruth and William Lubic Professor and chair of the Department of Anthropology at Columbia University. He is the author of Formations of Ritual: Colonial and Anthropological Discourses on the Sinhala Yaktovil (1994), Refashioning Futures: Criticism after Postcoloniality (1999), Conscripts of Modernity: The Tragedy of Colonial Enlightenment (2004), Omens of Adversity: Tragedy, Time, Memory, Justice (2014), and Stuart Hall’s Voice: Intimations of an Ethics of Receptive Generosity (2017), and coeditor of Powers of the Secular Modern: Talal Asad and his Interlocutors (2006). He is currently completing a book tentatively titled “Irreparable Evil: New World Slavery in Moral History,” and working on a biography of Stuart Hall. Scott is also the founder and editor of the journal Small Axe, and director of the Small Axe Project. In this context he is also the curatorial director of the exhibitions, Caribbean Queer Visualities (Belfast, Glasgow, 2016, 2017), and Visual Life of Social Affliction (Nassau, Miami, Rotterdam, 2019, 2020), director of the Caribbean Modernisms project, and has recently been appointed the curatorial director of the forthcoming Kingston Biennial, 2022, Pressure.

New School for Social Research, PhD in Anthropology, 1989
University of the West Indies at Mona, BSc in Government, 1980

Click on the icon to visit David Scott's Media Page.

Click on the icon to visit David Scott's Media Page.

IDEA OF A BL RADICAL TRADITION

Stuart Hall's Voice: Intimations of an Ethics of Receptive Generosity

Conscripts of Modernity: The Tragedy of Colonial Enlightenment

David Scott
Back to Top