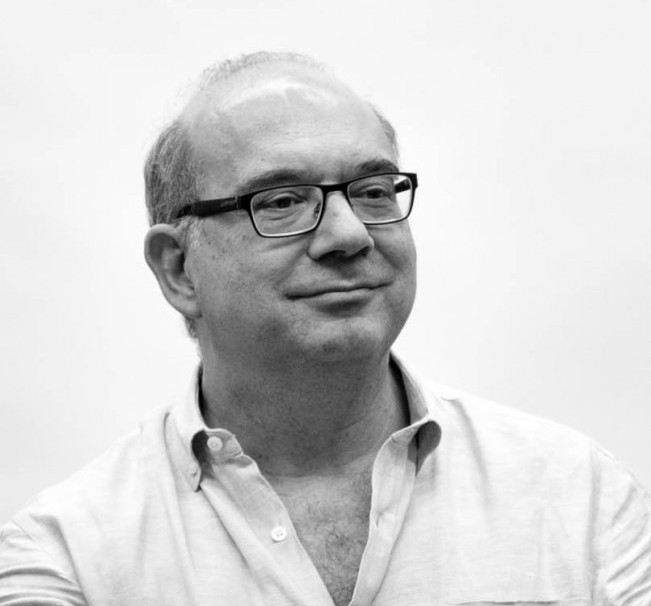 Director of the Center for the Study of Ethnicity and Race

Lomnitz works on the history, politics and culture of Latin America, and particularly of Mexico. He received his PhD from Stanford in 1987, and his first book, Evolución de una sociedad rural (Mexico City, 1982) was a study of politics and cultural change in Tepoztlán, Mexico. After that he developed an interest in conceptualizing the nation-state as a kind of cultural region, a theme that culminated in Exits from the Labyrinth: Culture and Ideology in Mexican National Space (California, 1992). In that book, he also concentrated on the social work of intellectuals, a theme that he developed in various works on the history of public culture in Mexico, including Modernidad Indiana (Mexico City, 1999) and Deep Mexico, Silent Mexico: An Anthropology of Nationalism (Minnesota, 2001).

Around fifteen years ago Lomnitz began working on the historical anthropology of crisis and published Death and the Idea of Mexico (Zone Books, 2005), a political and cultural history of death in Mexico from the sixteenth to the twenty-first centuries. After that, he initiated a detailed history on exile and ideology in the Mexican Revolution, which culminated in the publication The Return of Comrade Ricardo Flores Magón (Zone Books, 2014). His most recent book is Nuestra América: My Family in the Vertigo of Translation (Other Press, 2021), which is an essay in family history, that explores, which is an essay in family history, that explores the connection between the destruction of Europe and (Latin) American consciousness by way of the early twentieth century history of his own family.

In addition to his academic publications, Lomnitz also writes in nonacademic genres. For many years he has been a regular contributor to the Mexico City press. He writes a biweekly column in the newspaper La Jornada, and a monthly column in Nexos. He has also written two plays in collaboration with his brother, Alberto Lomnitz, who is a theater director in Mexico City. The first, El verdadero Bulnes, won Mexico’s National Drama Award in 2010; our most recent, a musical titled La Gran Familia, was produced by Mexico's National Theater Company last fall (2018).

Lomnitz is currently working on two interconnected projects that also deal with fantasies of the family and of the state in modern Mexico. The first of these is about the fantasy of order and of military order, by way of a close anthropological history of counter-revolution in Mexico (c. 1913). The second is a reading of violence, organized crime and crisis in contemporary Michoacán, through the lens of family systems and transnationality. The first product of this Michoacán project is a paper currently in press in the journal Representations.

2015. “Secularism and the Mexican Revolution.” In Beyond the Secular West, edited by Akeel Bilgrami, 97-116. New York: Columbia University Press.

Click on the icon to visit Claudio Lomnitz's Media Page

Nuestra América: my family in the vertigo of translation